You want to add behavior or state to individual objects at run-time. Inheritance is not feasible because it is static and applies to an entire class.

Suppose you are working on a user interface toolkit and you wish to support adding borders and scroll bars to windows. You could define an inheritance hierarchy like ... 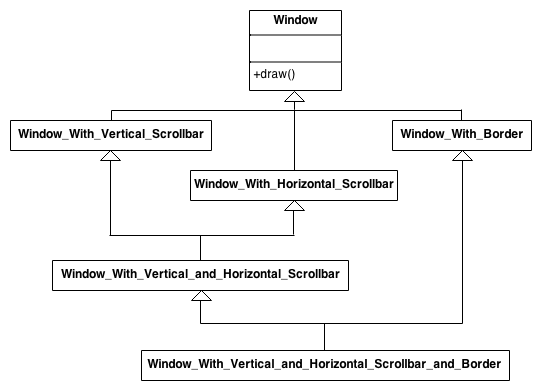 But the Decorator pattern suggests giving the client the ability to specify whatever combination of "features" is desired.

This flexibility can be achieved with the following design 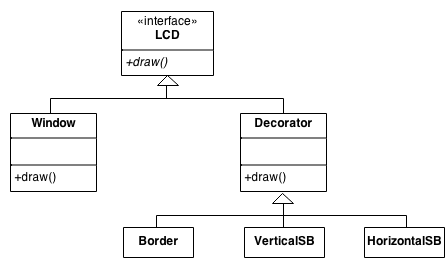 The solution to this class of problems involves encapsulating the original object inside an abstract wrapper interface. Both the decorator objects and the core object inherit from this abstract interface. The interface uses recursive composition to allow an unlimited number of decorator "layers" to be added to each core object.

Note that this pattern allows responsibilities to be added to an object, not methods to an object's interface. The interface presented to the client must remain constant as successive layers are specified.

Also note that the core object's identity has now been "hidden" inside of a decorator object. Trying to access the core object directly is now a problem. 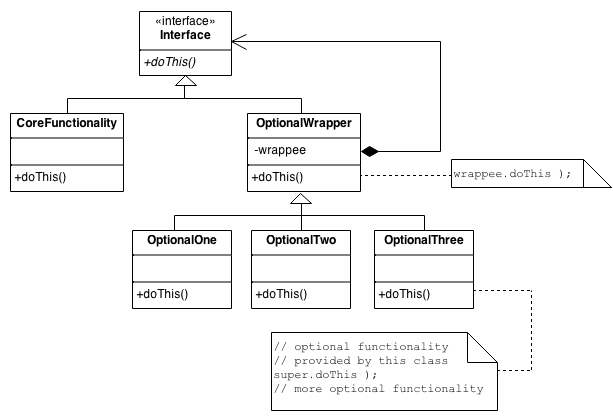 The Decorator attaches additional responsibilities to an object dynamically. The ornaments that are added to pine or fir trees are examples of Decorators. Lights, garland, candy canes, glass ornaments, etc., can be added to a tree to give it a festive look. The ornaments do not change the tree itself which is recognizable as a Christmas tree regardless of particular ornaments used. As an example of additional functionality, the addition of lights allows one to "light up" a Christmas tree.

Another example: assault gun is a deadly weapon on it's own. But you can apply certain "decorations" to make it more accurate, silent and devastating. 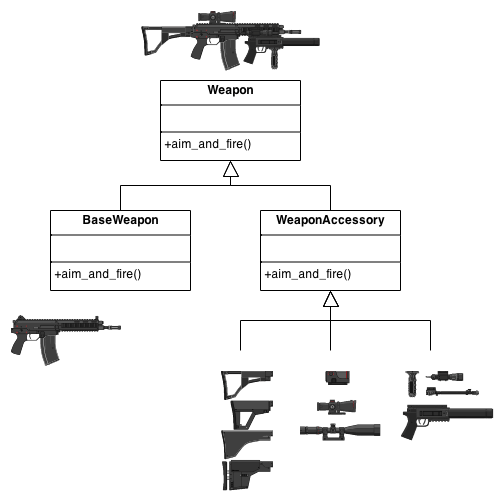